What is all this talk about the 2020 Census?
By Natalie Reilly-Finch

The US Census happens every ten years, and it is coming around again in 2020. It will be a yearlong process from March 2020 to March 2021 – view the timeline here. Due to the Constitutional requirement for a population count, the first census was recorded in 1790.

The census acquires information about our country’s constituents and the data collected impacts the design and implementation of policies and laws in governmental sectors including education, housing, transportation, health, and environmental protection. Arguably, the most important role of the census is population apportionment which determines how the 435 members of the House of Representatives will be divided among the states.

You can view the US Census Bureau’s Operational Plan online to see the complex work that is put into the planning and execution of each Census.

In recent news you may have heard some debate about adding a question to the 2020 Census to ascertain citizenship status. The Department of Justice (DOJ) argues that minority communities, drawn as majority-minority districts using census population counts, may not be able to elect their preferred representatives if the district is made up of non-citizens and thus, ineligible voters. The DOJ believes this citizenship data can assist in enforcing the Voting Rights Act by guaranteeing that minority citizens weren’t having their votes diluted or marginalized.

However, those against the question worry that it will make immigrants and their families afraid to return the form, leading to an undercount in the census that made America and allowing states to draw legislative districts based on the number of citizens in a district rather than the number of residents.

While there are strong views and beliefs on both sides of the debate, the Census Bureau has argued that "any effort to ascertain citizenship will inevitably jeopardize the overall accuracy of the population count.” In fact, the Census Bureau’s own research today found that asking questions about citizenship caused an “unprecedented groundswell in confidentiality and data-sharing concerns among immigrants or those who live with immigrants.”

The Census Bureau site offers a wide variety of data and trends that could be helpful for your business. From their American overview statistics to college graduate outcomes, they’ve got enough reading material to keep you busy. 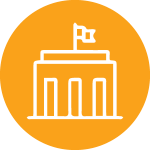 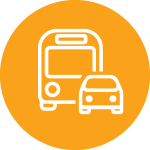 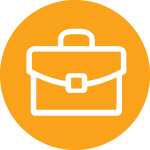 Marijuana in the Workplace 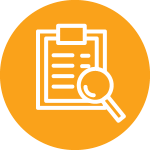 All information, content, and materials available herein are for general informational purposes only and is not, nor is intended to, constitute legal advice of a general or particular nature.  Information contained herein may not contain the most up-to-date information. All liability with respect to actions taken or not taken based on the contents herein are hereby expressly disclaimed.  The content is provided "as is;" no representations are made that the content is error-free.

Readers should contact competent counsel to obtain advice with respect to any particular legal matter.  Readers should act, or refrain from acting, based solely upon the information contained herein. Use of this website, newsletter, or any related links or resources, does not create an attorney-client relationship between the reader and the Southfield Chamber of Commerce or its contributors.